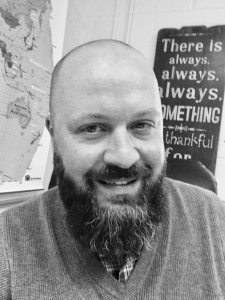 Dave began his career as a substitute teacher and football coach, transitioning into full-time teaching as a middle and high school social studies teacher. He has served as a coach (football, volleyball and track), athletic director, assistant principal, principal and superintendent in his twenty-plus year career in the field. He taught and led in the Indian Prairie School District in Naperville and Aurora, IL prior to moving to Vermont.
Dave joined the RSSU/MRUUSD as its Superintendent of Schools in July of 2014. He holds a BS in History / Secondary Education from Bradley University and a MA in Educational Leadership from Aurora University, Dave is committed to the beliefs that all students can learn at their own unique, high levels and that communities benefit from outstanding schools that serve students with quality leadership, consistent care and relentless focus.
Dave lives in Arlington, VT with his wife Beth and two sons, Logan and Nathan. He enjoys any time spent with his family – especially when they are skiing, running, camping, hiking or kayaking. 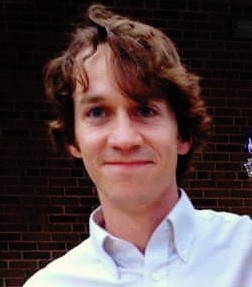 Middle school English teacher, fencing coach, outdoor educator, substitute teacher, para-educator, union president, adjunct professor, director of technology, interim principal — Brian Hill’s journey in education has given him some areas of deep knowledge and the opportunity to transfer skills learned, as well as a wide perspective in the field.  Throughout the journey, he has tried to keep the perspective of a student, always learning.  For that reason he enjoys most of all working with learners directly and not doing the same thing for too long.

Brian joined the Mill River Schools community in 2012, holding a BA in English from UNC Chapel Hill, and a MA in Education from Wake Forest University.  He is excited about the prospect of proficiency-based learning and personalization shifting our whole system toward being learner centered.

Brian enjoys unplugging and spending time on Lake Beebe, snowboarding, and hiking the area with his wonderful wife, Johanna, their too-adorable-to-scold-for-too-long puggle Tensleep who eats anything on which he can get his paws, and their beautiful girls Juniper Mae and Olive Monroe. 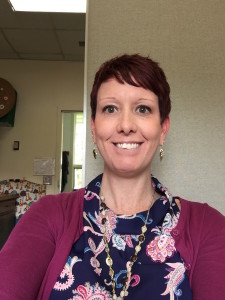 Coral began her career as a classroom teacher and after-school program director at Clarendon Elementary School.  Born and raised in the town of Clarendon, she attended Clarendon Elem. School as a child and graduated from Mill River Union High School, before going on to pursue her Master’s Degree at Castleton University.  She holds a Master’s Degree in Curriculum & Instruction, and is licensed in the State of Vermont as a Special Educator, Elementary Ed. Teacher K-6, and a Special Education Director.

Coral has served as a Special Education Team Leader and Associate Director of Special Services, before becoming the Director of Student Services for the MRUUSD in 2016.  Her areas of specialty include behavioral intervention and management, program design, and the treatment of reading disabilities.

Coral is a Mom to two little girls, Layla and Marlee and she is also an Adjunct Professor of Education at the College of St. Joseph in Rutland, Vermont. 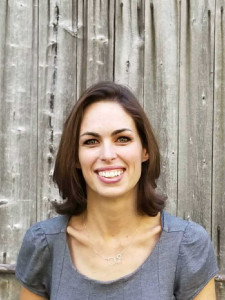 Jodie began her career in education through a Fulbright ETA Award in Suncheon, South Korea. Jodie followed this with ten years in New York City public schools, teaching social studies, law, and conflict resolution and later serving as an assistant principal in a NYC Outward Bound school in the Bronx.

In her time at Mill River, Jodie has served as Dean of Students, Personalized Learning Plan Coordinator, Proficiency-Based Learning Coach and elementary Principal. She holds a BA in World Politics from Hamilton College, an MST in Education from Pace University and an MEd in School Administration from The College of Saint Rose. Jodie has recently transitioned from being our principal at Shrewsbury Mountain School to overseeing curriculum for the district.

Jodie lives in Middletown Springs, VT with her husband, Sean, children Sam Eliza and Cat, and a menagerie of pets. 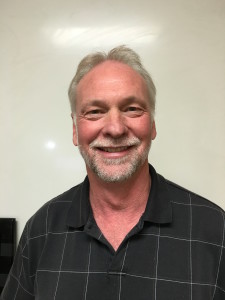 Gary has more than 35 years of combined experience in the engineering and facilities management fields. With a BS degree in Environmental Engineering from the University of Vermont, Gary’s past experiences include employment with consulting engineering firms in the Houston, Boston and Portland markets. During this early part of his career, he served as the prime technical engineer leading teams on complex design and construction projects for large-scale wastewater treatment and composting facilities. He has held past Professional Engineering registrations in the States of Texas and Maine.

Gary also served for 13 years as the Director of Facilities at Green Mountain College in Vermont where he was responsible for the maintenance and operations of 23 separate multi-use buildings including dormitories, offices, classrooms, science labs and mechanical spaces.  He was responsible for all construction projects during his tenure at the college, including large renovation projects and new facility construction.

Gary joined the MRUUSD in July of 2016 where he is excited to continue in his role as a facilities director.

Gary lives in Poultney, VT with his wife Alicia. Daughter Brittany and son Eric each have started separate lives with wonderful spouses and Gary is blessed with his first grandchild Emmy Marie. 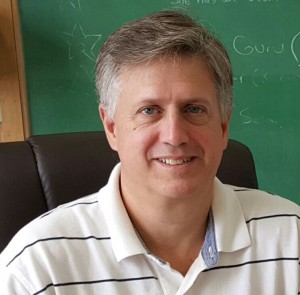 Stan joined the RSSU/MRUUSD as its Business Manager in January of 2010. He holds a BS in Business Administration with a concentration in accounting and a minor in mathematics from Castleton University. Prior to joining our District, Stan’s experience with schools was providing audit and consulting services to districts throughout the State of Vermont for twenty plus years. He is committed to the District to help provide budgets that meet the needs of our students and is fiscally responsible to the taxpayers of our District.

Stan lives in Rutland, VT with his wife Lori and two children, Rachael and Joshua. Time spent with family is his priority but will try to find time to golf and watch the Red Sox. 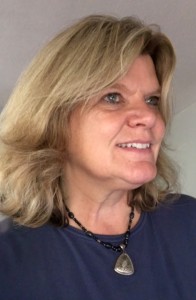 Carrie is beginning her sixth year with administering afterschool and summer programs for our schools.  A developmental psychologist by training, her passion for her position is fueled by a commitment to the multiple benefits to rural children of having diverse learning opportunities available outside of the traditional school day.

A native of upstate New York near the Canadian border, Carrie has lived in Pittsford for the past 26 years.  Beyond her work locally, she has been actively involved with regional and state-wide afterschool advocacy, and was selected to represent the northeastern US as an Afterschool Ambassador in Washington DC in 2012.

Carrie has three adult children, Ashley, Abigail, and Erik, and plans monthly retreats to Cape Cod to enjoy “Grandma” time with her twin grandchildren Joel and Eve.  She is also a voracious reader, active college instructor and mentor, and lover of newfoundlands. 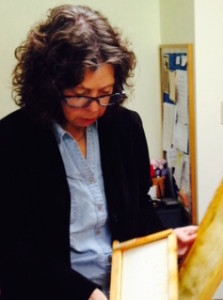 Maureen began teaching in Jefferson County Public Schools in Denver, Colorado as a full time elementary teacher. She has taught every elementary grade level throughout her career but her focus has been primarily in grades 4 and 5. She was an ESL classroom teacher for several years during her Colorado tenure.

Maureen moved to Vermont in 2007 and worked for UVM as an educational consultant in the Bridging Project. She taught pre-service teacher candidates at UVM as a graduate student and at Marist College in NY as an assistant professor of literacy before returning to Vermont and joining RSSU/MRUUSD as a principal at Tinmouth Mountain School.

Maureen holds a BS in Business Administration, a BA in Behavioral Science, an MA in Curriculum and Instruction, and an Ed D in Educational Leadership and Policy from UVM. She has published a book chapter on literacy and research articles on educational policy. She believes that education is empowering particularly when students are given opportunities to think critically and independently.

Maureen lives in Brandon, Vermont with her husband Jack. She enjoys caring for her horses, dog, and bees. 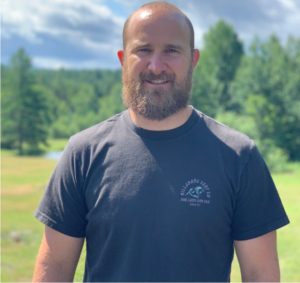 Dan started his career in education at the elementary and middle school levels in California teaching grades 2, 4, and 6.  He taught ELA and Math Intervention at the high school level where he also started his career in administration as the vice principal.  He later became the principal for a Pre-K through 8th grade school.  Throughout this time he has maintained a hyper focus on building positive relationships and is excited that education has delved deeper into addressing students’ Social-Emotional Health.

He arrived at Wallingford for the 2020/21 school year fresh from his role as principal at Cottonwood School, a position he served in for 3 years. He gained experience for 6 years as the vice principal of the high school.

He and his wife Margaryta, and their four children, Zeke, Malachi, Sarah and Grace, moved from across the country to be closer to family in New England. They enjoy the outdoors and have had the opportunity to do some winter activities when they visited during the interview process. He’s familiar with Vermont’s fifth season (mud) and is excited for the adventures ahead – both professionally and with his family. 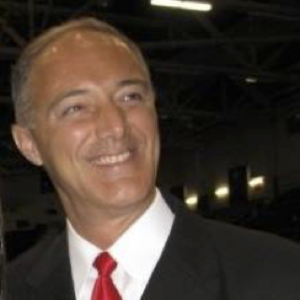 Fred is 17 years into his second and chosen career. His career commenced in commerce as a corporate employee and he spent many years as an entrepreneur. Fred earned his BS in Business from James Madison University, a MEd in Curriculum and Instruction from Plattsburgh State University, and his Administration Certification from Massachusetts College of Liberal Arts. Fred taught High School Business, was a High School assistant principal, a 7-12 secondary principal and now enjoys being your CES elementary principal.

Fred recently moved to Vermont with his wife, Ann. They have three grown daughters, each of whom has a career helping children and/or adults. Mr. V loves spending time with his family and his favorite school family, the CES kids. He enjoys the outdoors and adores playing with his two grandchildren. 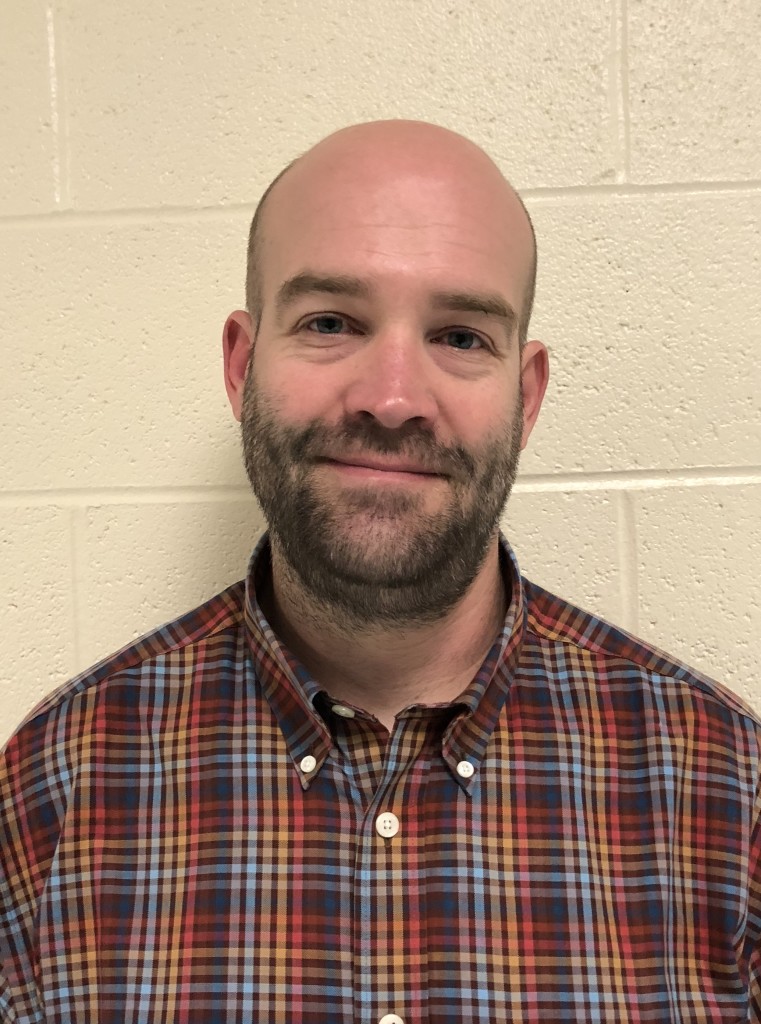 Tyler began his formal teaching career in the school year of 2008/2009 at Rutland High School after spending several years coaching ski racing and running a junior sailing program in Erie, Pennsylvania.  While at Rutland High School, Tyler taught several different classes within the social studies department.  While completing his Master’s of Education at Castleton University, Tyler developed and implemented a tier one MTSS program that serves all children and creates opportunities for students to advocate for their own educational advancement.

Tyler joined the MRUUSD team in the school year of 2015/2016 as the Assistant Principal of Mill River Union High School.  Tyler combines his formal teaching experience and years of coaching skiing and sailing to engage students in a civically minded education that will ensure student success.
Tyler lives in Rutland, Vermont with his wife, Katie, and two daughters, Anna and Emma.  He enjoys alpine ski racing, cycling, triathlon, and spending time with his family.
Assistant Principal, Mill River Union High School – Kaelyne Thompson